A Guide To Period Architecture

Despite the 20th and 21st centuries witnessing the birth of; Art Deco, Bauhaus, Modern, Brutalism, Hi-tech, Post-modern, Deconstructivism and even Blobitecture architecture, a significant proportion of the architecture in London’s most prestigious neighbourhoods (including; Mayfair, Knightsbridge, Belgravia, Kensington, Chelsea, Bloomsbury and Fitzrovia) remains Georgian, Victorian and Edwardian in their form. There is no greater testament than this to the enduring utility, quality and appeal of these particular period forms.

Aren’t These Styles All Considered The Same?

How many times have estate agents referred to ‘Georgian’, ‘Victorian’ and ‘Edwardian’ properties collectively as ‘classical’ homes.  Whilst it’s true that each of the styles share various design features influenced by the ancients (from columns to quoins), true classicism in architecture is quite different from these forms and largely remains the preserve of ancient ruins and UNESCO World Heritage Sites – not necessarily a site you would like or could turn into a home. Given these styles emerged outside of the vast majority of current living memory, prior to many more contemporary forms of architecture, it’s easy to forget that at one time in history each of these three styles were considered the avant garde. Each represents a different period in architecture, a different period in society, with different inspirations and requirements. Should you care to inspect these three styles more closely, you will learn to appreciate the beauty in their differences.

Rows of Regency Homes in Belgravia

Eponymous with the period when the first four British monarchs of the House of Hanover reigned—George I, George II, George III, and George IV. The most famous Georgian house in London is probably 10 Downing Street and you may also be familiar with expansive white painted mansions that line Regents’ Park, which are considered the finest examples of  Regency-Georgian architecture.

From the outside these homes are identifiable for their: Generous, symmetrical, proportions with high ceilings, flat or shallow roofs partially hidden behind a parapet, stucco-faced external ground floor (Regency particularly), elongated rectangular windows with a fan window frequently positioned above the main entrance.

From a structural perspective much inspiration did stem from classicism in this period. This is observed by the use of classical orders (columns, proportions and symmetry). The most fashionable houses even had the interior walls paneled from floor to ceiling and divided horizontally into three parts in the same proportions as classicists defined their columns. As Britain moved on from it’s civil war past and began building it’s empire, it meant that upper class Georgians (in addition to the aristocracy) could now afford to decorate the walls with colour, even it was done sparingly relative to later periods. Walls were often painted in; sky blues, lavenders, blossom pinks and pea greens, because lighter shades helped to maintain airy and elegant interiors. Darker, more expensive, shades were usually applied to emphasise skirting and covings. It was in the Georgian period when ceiling plasterwork reached the height of intricacy and elegance and this remains one of the giveaways today upon entering a genuine Georgian residence.

London neighbourhoods in which you can buy fine examples of Georgian property include Belgravia, Mayfair, Bloomsbury and Fitzrovia.

Whilst Victorian properties do often retain some of the classical features that the Georgians adopted (including columns and proportioning), the Victorian style is also heavily influenced by the renaissance and Gothic revival movement. A few of the ways you can identifying a building as Victorian is by looking for some of these Gothic revivalist features including; lancet (pointed) windows, porches, dormers, roof gables and pointed roofs that are sometimes decorated with a wooden trim that hangs from the edges.

The Victorian era, which included the industrial revolution in Britain, introduced many changes to society and the way buildings were constructed. As such there are even differences to be seen between early, middle and later Victorian architecture. Whilst early Victorian properties typically incorporated more complex design features; porches, bay windows and overly elaborate interior decoration. As the period went on the style became simpler and the industrial revolution made possible the use of new building materials such as iron and glass.

In general the exterior of a Victorian period property can be identified by the inclusion of: Bay sash windows, Terracotta tiles, Ornamental stonework and multi-coloured brickwork often in red.  The interiors were often filled with decoration, dark fabrics such as red and green, wide mantelpieces to accommodate an array of ornaments, cast iron baths and walls typically decorated with floral wallpapers instead of paint, which as a new invention. Where the Georgian’s were more restrained, the Victorians were extravagant. Indeed the Victorian age was the height of the British empire and the wealth that came with this meant that exotic paraphernalia and ornaments from faraway reaches of the world, were now accessible and desired by the burgeoning upper middle classes.

Extending beyond the reign of Kind Edward VII, the Edwardian era of architecture was a period of revivalism influenced especially by the Baroque, Georgian and the Arts and Crafts movements. The context for the period was a rapidly increasing population and completion of new railway lines, which gave rise to the ‘suburbs’.

By choosing to live in the suburbs, the Edwardian’s were able to build their homes often on larger, leafier plots of land. Edwardian homes tend to be shorter than equivalent Victorian residences, partly because the middle classes who lived in these homes had less of a need for servants, unlike the Georgian the Victorian generations before them. Gone were the cellars and the second floors, but in came larger halls and spacious gardens.

The eclectic mix of influences means from the exterior Edwardian homes might be identified by: Dutch gables, deep bay windows, sash windows, pilasters and the trends that were to half-clad the property exterior in timber or sub-divide windows into smaller square panes in order to create an aesthetic appeal.

The Edwardian home on the inside was far less cluttered that the typical Victorian home. As the world transitioned from oil and gas lamps to electric light, walls could be lighter as they did not get so dirty and looked better in the brighter light. Decorative patterns were less complex, both wallpaper and curtain designs were plainer. The placement of flowers too became a feature of the home, complementing the floral fabrics and wallpapers used in the interior.

Given how much the population of cities like London had expanded during the previous centuries, the majority of Edwardian homes are more likely to be found today in London’s garden suburbs such as Hampstead Heath, Dulwich, Blackheath and Richmond.

Unlike some new build developments, a period Georgian, Victorian or Edwardian residence is often an idiosyncratic canvas from which to create a home that feels personal to the residents. Not only are the attractive to owner-occupiers but they are popular too with investors, given the cachet and premium attached to their classical features and often expansive proportions.

Janine Stone & Co. has re-imagined many period properties over the years and has ensured that these homes are tailored to the modern day lifestyles and personalities of our clients. Just because the architecture has a classical feel, doesn’t mean the interior can’t be contemporary.

You can visit our work to view a sample of period homes and interiors created by Janine Stone & Co.

More from our world 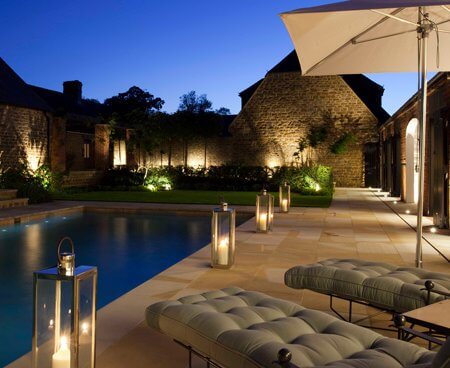 Vernacular styles in architecture and design

Britain boasts a richness of vernacular architecture that ranges from medieval oak-framed buildings to handsome stone houses, reflecting local heritage, materials and craft. This offers inspiration for new houses, as well as additions and interventions to existing ones. So, when planning a new house or transforming an existing one, local architectural styles offer a rich …

END_OF_DOCUMENT_TOKEN_TO_BE_REPLACED Janine Stone & Co. have been voted, by an esteemed panel of design judges curated by Country & Townhouse Magazine, into the list of 50 Finest Interior Designers.